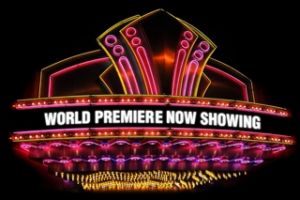 BROADCAST OF A NEW DOCUMENTARY FILM
“SPIRALING CRISIS: THE ALARMING CONVERGENCE OF CLIMATE CHANGE AND PANDEMICS”

The intersection of these two existential threats is the story told in the new documentary “Spiraling Crisis: the Alarming Convergence of Climate Change and Pandemics — A Postcard from the Future.” This is ThinkTech’s first documentary film, and was produced with funding from VoLo Foundation (see below), many volunteer hours, and footage from Zoom interviews of eight scientists and officials in Hawaii and on the mainland. The film was researched and written by journalist Ken Howe and narrated by our ThinkTech talk show host Tim Apicella.

Each of these threats is an enormous problem by itself. And, although they may seem independent of each other, in fact they are very closely linked by many of the same human causes and consequences – a warming planet, increasing natural disasters, deforestation, factory farming and the ever-closer connection between disease-bearing spillover vectors and humans. In some ways, it doesn’t matter if this virus was leaked from a laboratory. Its true origins – like SARS, HIV/AIDs, MERS and other pandemics – are in the wild, let loose by our destruction of the planet.

ThinkTech Hawaii, Inc., is a 501(c)(3) Hawaii nonprofit corporation founded in 2001, now celebrating 20 years, and is dedicated to raising public awareness through civic engagement by citizen journalist hosts on digital media platforms. ThinkTech has produced over 12,000 talk shows and short movies, and streams 30 new live talk shows every week covering a variety of subjects of interest to the Hawaii community. See thinktechhawaii.com.

VoLo Foundation is a family foundation founded by David Vogel and Thais Vogel to educate the public to create a sustainable and secure planet for future generations. It believes that developing and sharing knowledge through facts and data accelerates positive global change. Through original research and analysis, and in collaboration with philanthropic and academic partners, the Foundation aims to enrich the lives of individuals, strengthen communities, and educate future generations. See VoLoFoundation.org.

Thanks for your interest.  We hope you will take a look at the film. 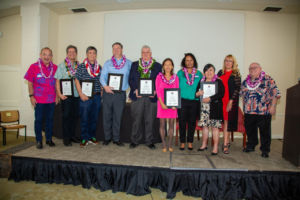 ThinkTech Hawaii presented six awards at its 2019 Annual Holiday Party and Awards Ceremony at the Laniakea YWCA on December 4.

Community Service awards were presented to Chip Fletcher, Associate Dean and Professor, School of Ocean and Earth Science at UH Manoa, for his work on climate change and his contributions to making Hawaii more sustainable; Robert Pennybacker, Director of Learning Initiatives at PBS Hawaii. for his work on developing the HIKI NO series and his contributions to the education of our kids on digital storytelling; and Mark Recktenwald, Chief Justice of the Hawaii Supreme Court, for his work on the Hawaii Access to Justice Commission and on raising public confidence in the administration of justice in our state.

ThinkTech Broadcasting Awards were also presented to Yukari Kunisue as Host of the Year, for her work on the “Konnichiwa Hawaii” Japanese-English talk show on ThinkTech; to “Condo Insider” as Show of the Year, created by attorney Jane Sugimura and real estate professional Richard Emery, for its contributions to public awareness on condominium management and operation; and to Hawaiian Electric Company as Underwriter of the Year, for its long-term support and participation in our ThinkTech programming.

Clare Connors, Attorney General of the State of Hawaii presented keynote remarks on the variety of issues she has faced during her first 12 months in office.

ThinkTech also announced plans for its transition to a new model of broadcasting, that is, ThinkTech 3.0, on January 6th. It will be relocating to a more compact studio space in a larger suite of offices at the Finance Factors Building at 1164 Bishop Street.

The new studio will include a television-type background production system, remote video technology, and higher speed broadband provided by ServPac. These changes will allow a more efficient and less costly operation in which ThinkTech plans to expand its streaming schedule to include a broader array of talk show hosts and guests.

ThinkTech Hawaii, Inc., is a 501(c)(3) Hawaii nonprofit digital media corporation founded in 2001 and dedicated to providing a platform for civic engagement for tech, energy, diversification and global awareness in Hawaii.

Sir Bruce: Knight, in the Heart of Darkness (Top of the Line)

A Look Inside the $1.2T Infrastructure Bill (The Prince Of Investment)